Occasionally users receive encrypted PDF files. This is so as some of them contain sensitive information. Once these PDF files are downloaded on the internal drive, they should still be encrypted. When the users keep their sensitive files in a container that is encrypted or in cases they have encrypted the entire drive, the built-in encryption of the file strikes as inconvenience. Below is described how the user can remove the encryption from his PDF files.

注意 that this is not information how a PDF encryption can be hacked. This is information that the legitimate recipients of the file can use and which for they have the password.

The easiest way for PDF file encryption to be done requires usage of a PDF printer driver. This is actually a program that Windows accepts as a print driver. しかしながら, it is not sending data to a printer, as it creates a PDF file. The user should check the printer drivers as he might already have this one installed. In case not, there are many options for free ones that are available. The experts usually rely on the BullZip PDF Printer.

When this BullZip PDF printer is being installed, the user is asked to install three other programs as well, which are tools that BullZip needs in order to run in a proper manner. The user will also need a PDF reader (yet not Adobe, as it blocks the workaround). A good PDF reader that could be used is Foxit Reader.

The encrypted PDF file should be loaded in the Foxit Reader, along with the password entered. Then the user has to press Ctrl-p in order to print the file and print it to the PDF printer. In this way the user can get a perfect copy of the original file, yet it will be free of the encryption. The users can also apply cloud-based free tools including PDFUnlock. 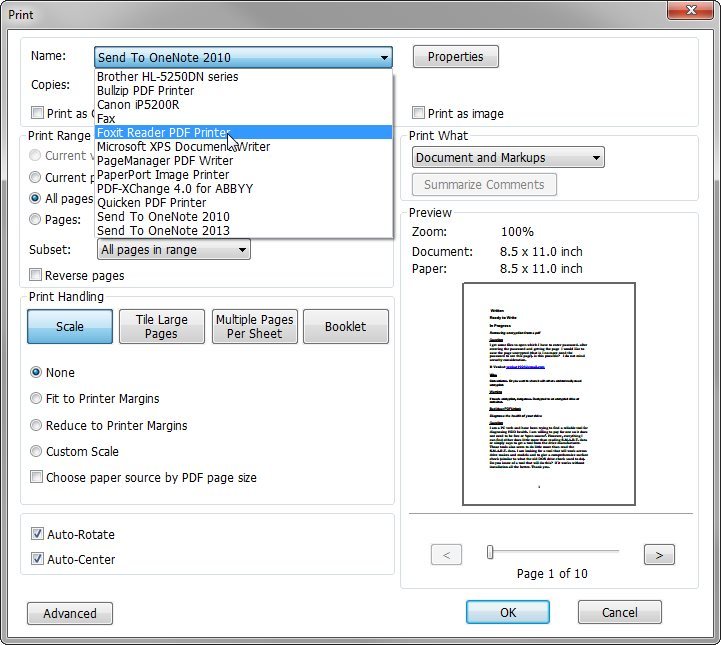