There have been new flaws that were uncovered in apple`s operating systems Mac OS 10 and iOS which cause numerous risks, mainly connected with credentials sniffing. These exploits were found by independent researchers from Indiana University Bloomington. In their report, they reveal multiple weaknesses in the OS`s, that despite not being reported to be taken advantage of, pose serious risk for user credentials. These flaws open up opportunities for various attacks and Sandbox, based attacks.

Even though Apple`s IOS and Mac OS`s are considered to be safer than the Android platforms, by using a unique code algorithms for the different applications, recent versions have uncovered weaknesses in them too. Most of the weaknesses are connected with bugs in the code that give access to the apps`s sandboxes. A sandbox is a unique container of code that separates the application`s code, protecting it from unauthorised access, as shown below: 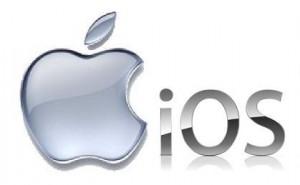 However, even though there are no reports that indicate that, there is a possibility that cybercriminals may have used a cunning method. The researchers discovered that it is possible (even though very difficult) to craft a malicious application, pretending to be legitimate, that will pass under the app store radar and possibly penetrate through the sandbox container of other apps, by using exploits. By using this and some other methods, there is a possibility to gain access to a number of privileges.

More to it than that, the researchers have outlined other vulnerabilities that give access to a potential cyber crook, putting them under the name XARA. Main of those vulnerabilities are:

Apple OS`s possess a security system that contains Keychain that gives the user the possibility to securely keep passwords for his applications and websites in which he has accounts. The vulnerability with its mechanism is that a malicious application may insert exploit-creating code and therefore create entries to various Apple services. The scary part is that a modified app could be able to create an entire new access entry, meaning that it can prompt the user to enter his credentials when they access the installed app it aims to with the new keychain entry. This is a devious trap for the user and it is very important to pay attention for password prompts if already logged in, since a password sniffing process could be possible.

A flaw has been uncovered that could allow attackers to obtain permissions for an app they choose as target. This can happen by hacking the container (containers have unique code for every separate application on the device, making it more secure) by exploiting different extensions or add-ons of the app. This could give access to a malicious map for all the information, stored on the victim app which is a serious risk.

Another weakness is in the Inter-process communication, otherwise known as IPC. This type of communication is realized between apps and a bug in the operating systems allows a malicious app that looks okay, to obtain critical information, by taking advantage of this IPC.

There is almost no real risk for the user, when it comes to those flaws, since all of the App Store applications have passed through a special security feature, called Gatekeeper, that carefully checks them and blocks the suspicious apps. But, the fact remains that these researchers were able to pass this by creating a legitimate-seeming app that slithered through all of the defences. No attacks using these methods have been detected, however, decide for yourself what measures you will take.